Time to go to Uganda.
Our travels were very long and delayed by road construction.  The scenery was beautiful.
Great Crested Crane 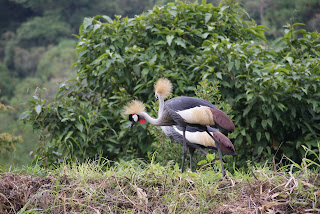 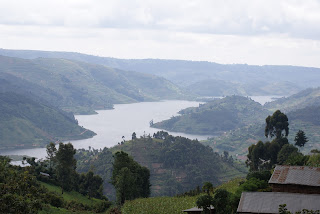 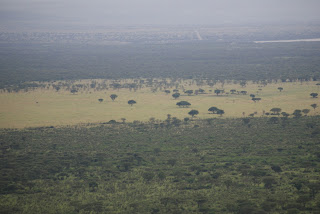 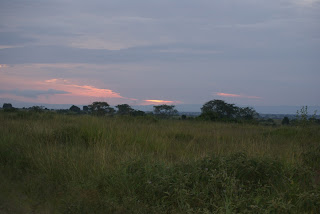 Oh, I forgot.  I was offered five cows for Emily at Ugandas border...I am sure it was a joke, but ya never know.  Emily did not think that was enough for her.  Our guide, Francis, said if all the guy had was five cows then that was a tremendous sum.  In Uganda, one can not get married even with parental consent until they are 18.  Teenage pregnancy is looked down on because the Ugandans see this as an arranged marriage.  Also, the kids go through 12th grade in Uganda if they can pass several tests along the way.  Where the Rwandans were "hello, hello", the Ugandans were "white people".  Anyway,  It took us nine hours to get from our Lodge in Rwanda to Kyambura Safari Lodge in Uganda.  This is Volcanoes newest lodge and was beautiful.  The manager and the kitchen manager both came from our lodge in Rwanda. 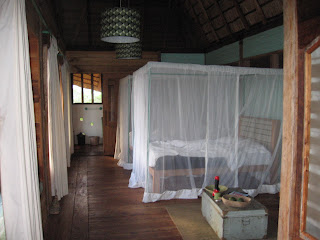 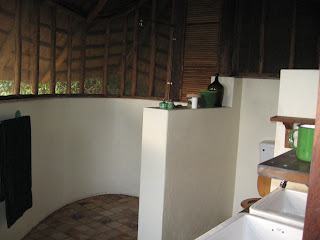 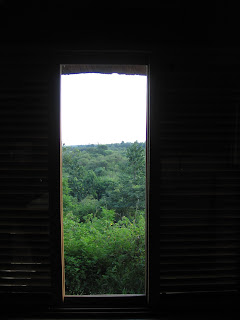 We were the only ones staying at the lodge the entire three days.  The staff was wonderful...they did not know Beyonce..we did teach them how to play Screw Your Neighbor (very easy card game, we called it The Penny Game when the kids were little).  We had a lovely dinner and then off to sleep until our game safari the next day.
We have been on safari in South Africa and Botswana on a previous trip.  Both places you can get right next to the animals off road.  Our safari in Uganda was what I had originally thought safaris would be.  We were in Queen Elizabeth National Park and you had to stay on the roads.  We went both in the morning and then again late afternoon/early evening.  The animals were used to seeing vehicles but if they were not by the road tough tooties.
Here they are... 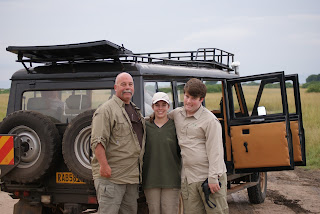 Not sure what the animal on the right is. 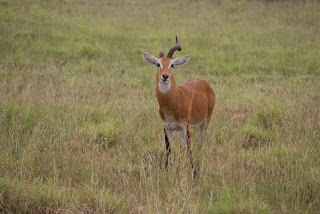 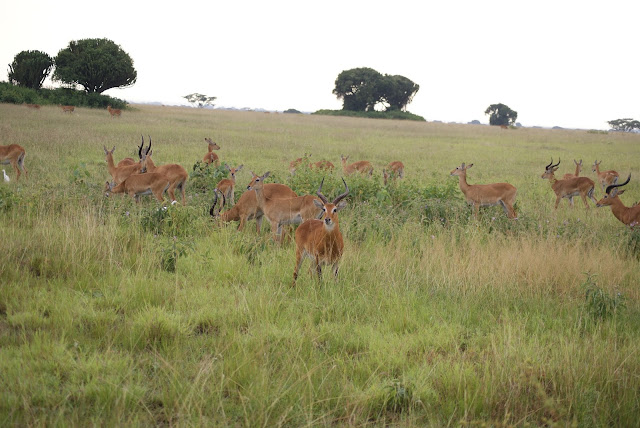 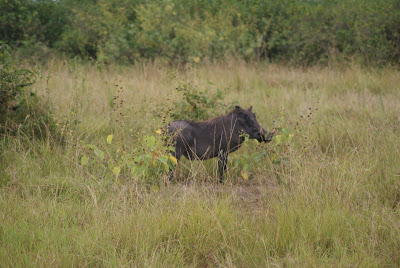 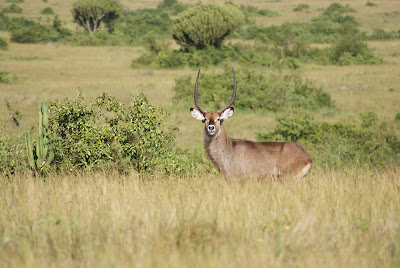 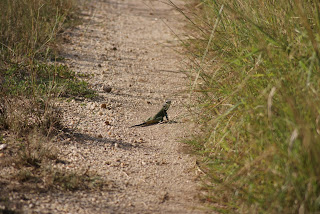 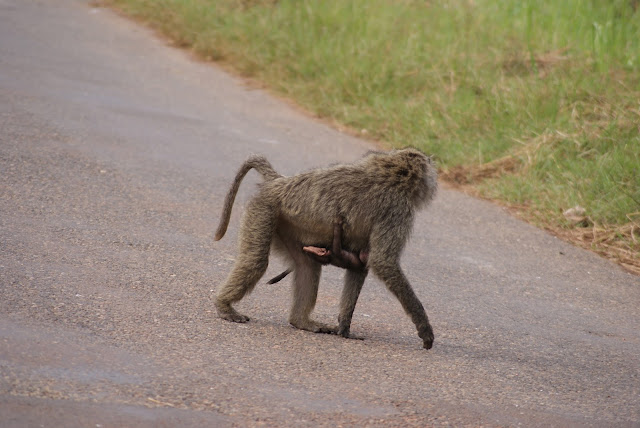 See the baby attached underneath?  See the face below? 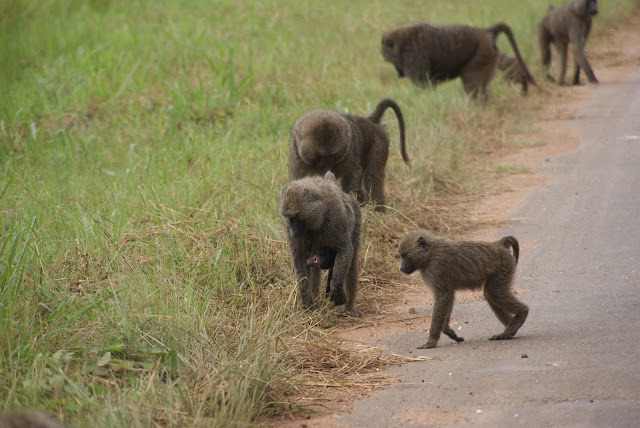 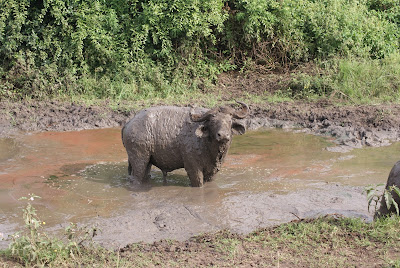 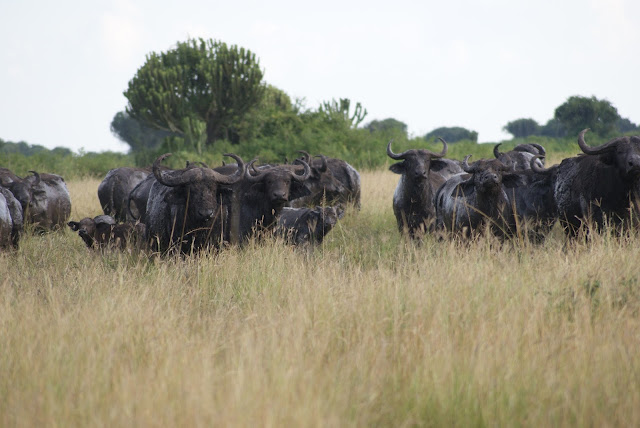 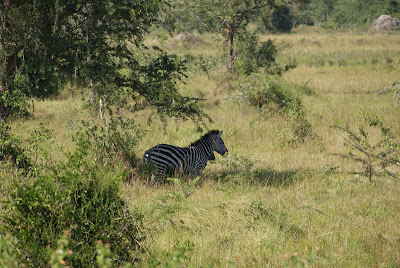 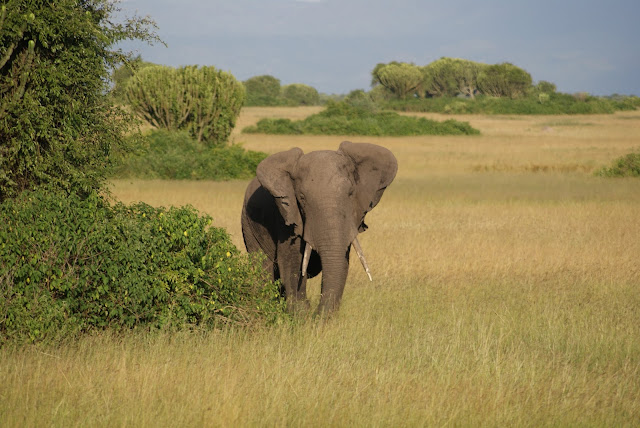 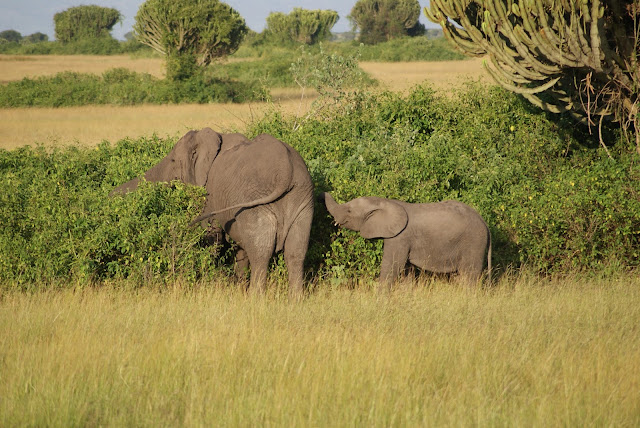 We did not see any predators (lions, leopards, hyenas).  I was happy with the elephant...I could watch them all day. 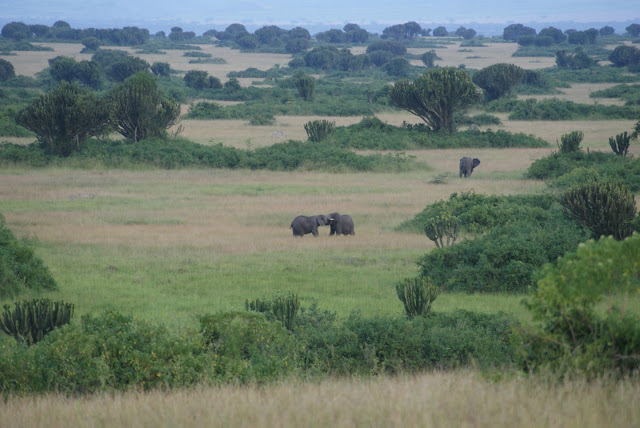 Big birds flying - we saw a lot of birds.  This park has over 600 species of birds. 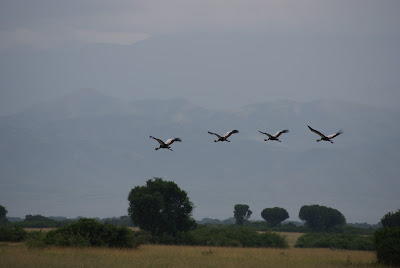 Time to go back for dinner and drinks.
﻿
Posted by Blue Booby at 3:00 AM