Gorillas in the Mist

It was everything I dreamed about. 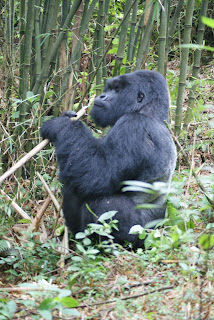 This is were we are headed  - Parc National de Volcans 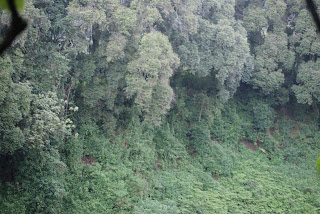 We were woken at 5:00 AM with coffee and hot chocolate.  I thought they would leave the tray outside.  Imagine my surprise when I opened the door five minutes later and the guy was still standing there.  Oops.  We had breakfast at 5:30Am and were off to the park by 6:00AM.  The lodge had packed us a lunch in case our hike was long.  There are 10 families of gorillas and a maximum of 8 people can go for each family.  The trackers set off early in the morning to locate the families and then radio back to the guides on their location.  Because my father is 72 and my mother is 70, we asked for an easy trek.  We got the Kwitonda Group.  We also got an Australian couple to make our group of eight and we had two guides.  Another short and bumpy ride to the trail and we were ready. 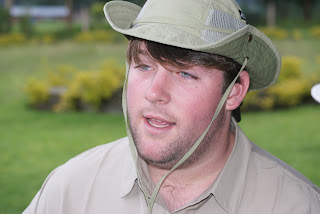 Doesn't he look full of vim and vigor?  We picked up some porters to carry our backpacks...my mom got two to carry her.  They charge a minimum of $10 and would highly suggest you use, not only to help but also to show them tourism is beneficial to Rwanda. 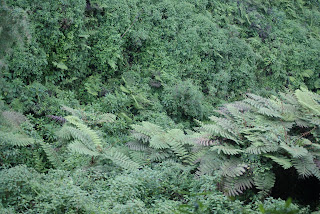 We were told to bring garden gloves, for dragging yourself up and down the volcano, and rain gear.  Fortunately we needed neither.  The hike was roughly one hour straight up the friggin mountain.  They went rather quickly for my mom, she was the slowest and therefore in front.  They were aware of my parents limitations but they also did not want the family to leave and us to hike longer.  My folks toughed it out and we were there in no time.  At that point, the porters stayed with our bags.  You are only allowed to bring cameras and NO flash photography.  We were also joined by a tracker who had a gun and a very large machete.  You are allowed to spend one hour only with the gorillas.  Here is what we saw: 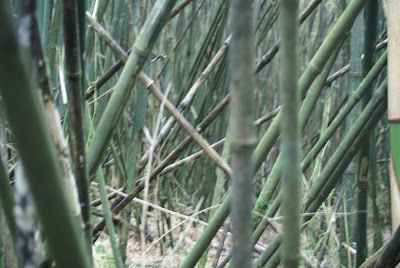 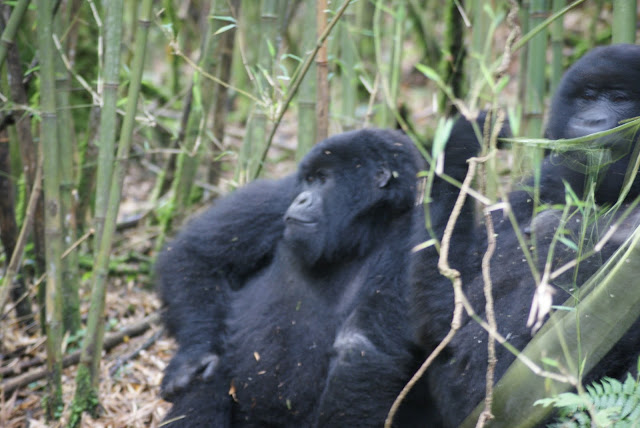 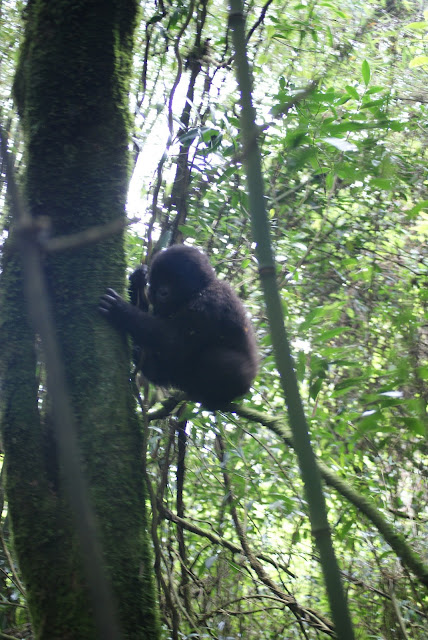 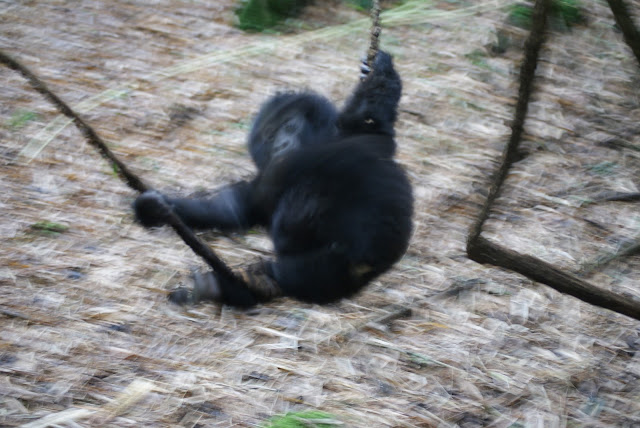 This family is very unique in that it has three Silverbacks.  When #1 passes, they all move up.  Normally, a family has only one.  When another takes over, he will kill all babies so the ladies will go in heat and bear his children.  When #1 died last year, #2 took over and because they are his family no babies were killed. 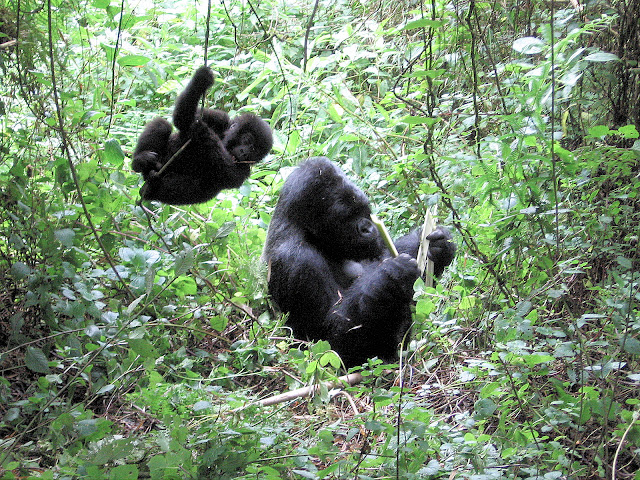 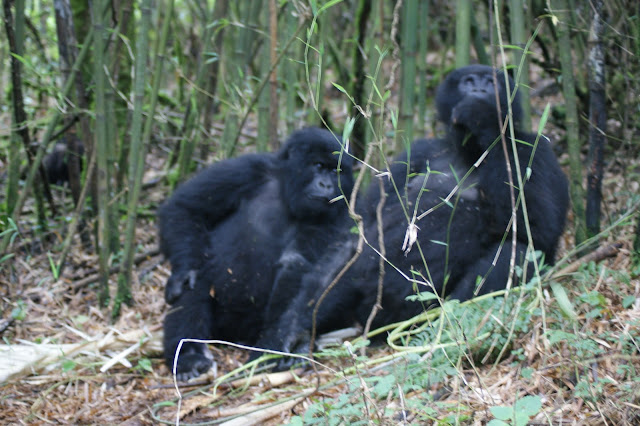 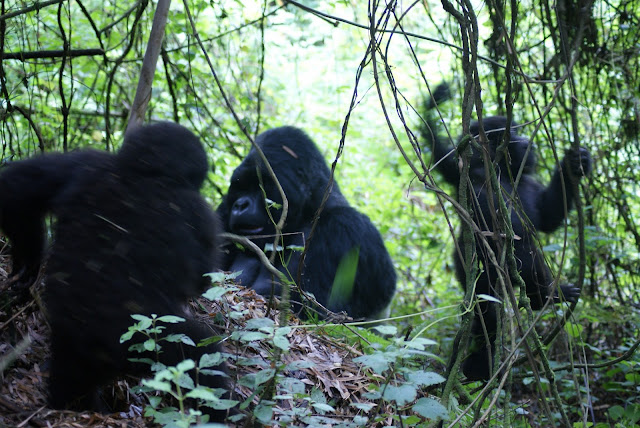 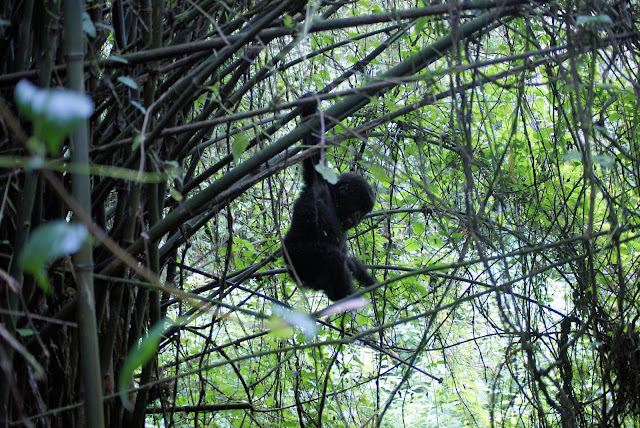 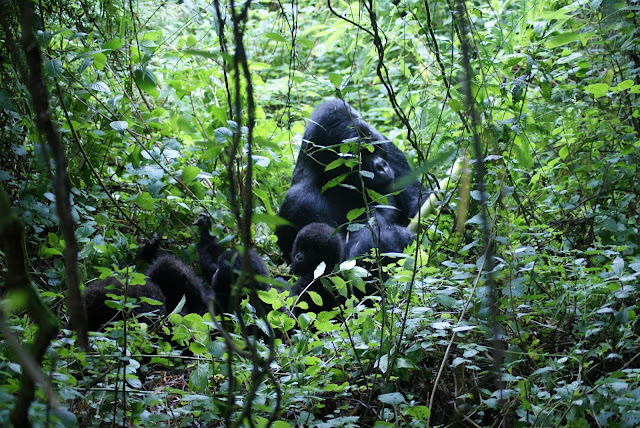 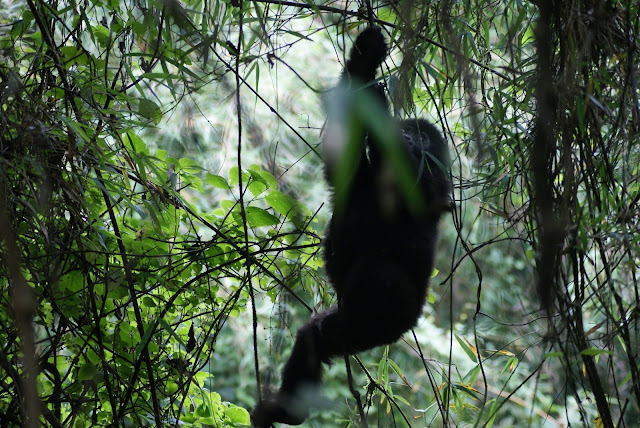 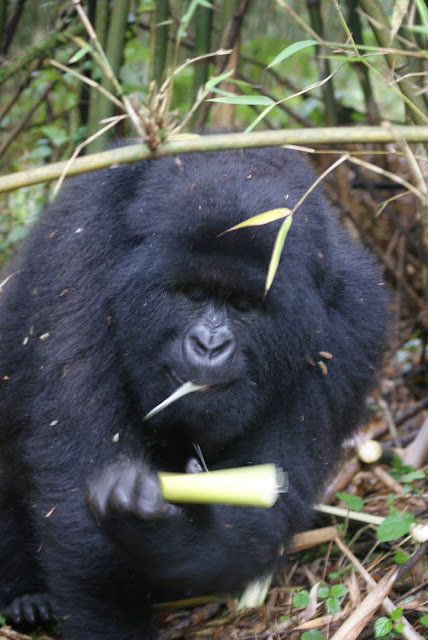 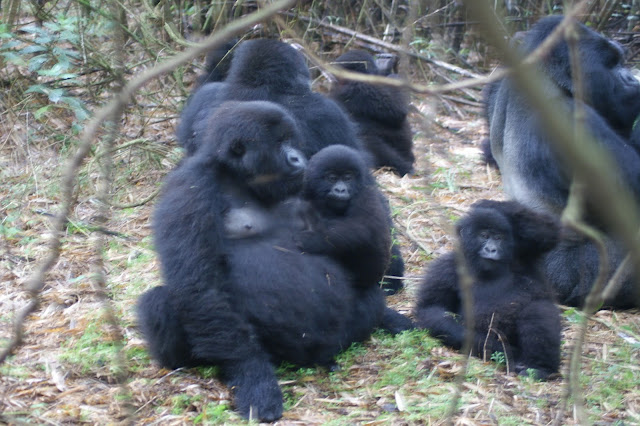 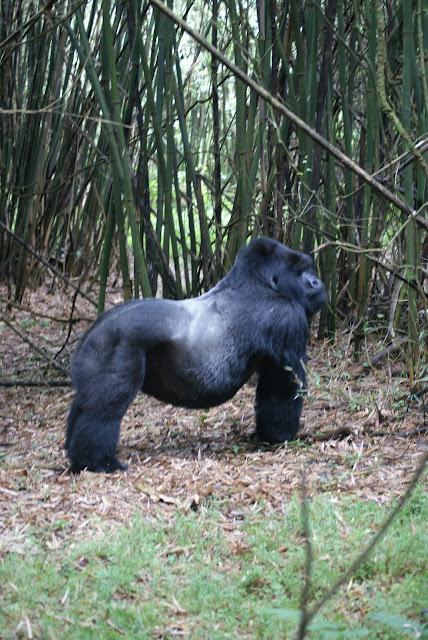 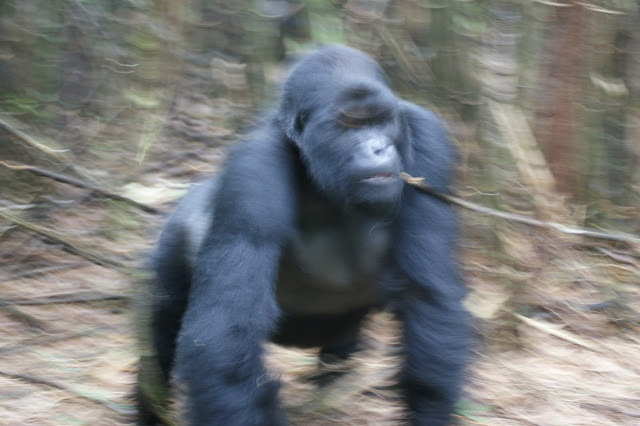 This is #3 Silverback showing off to #2.  He was headed straight for Emily.  Ripped a big piece of bamboo, turned on his toes, threw the "branch", and beat his chest.  All over in 30 seconds.  Talk about getting your heart started.﻿ 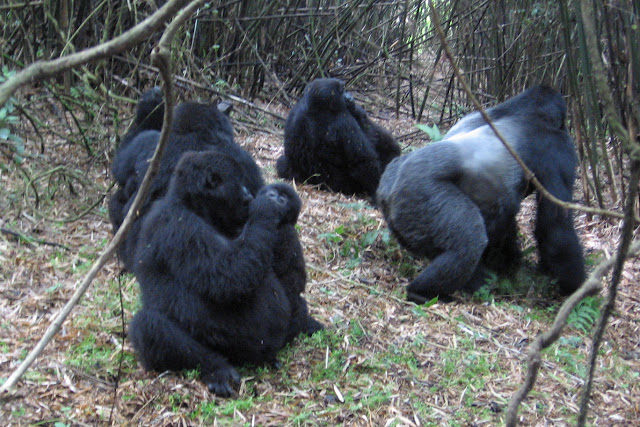 Because we share such a large gene pool with these great apes, it is easy for them to catch an illness from us.  We were told to keep at least 7 feet from them.  If they approached, we were to move back.  Well...you know how there is always "one" in every group - if you are not sure who it is, it is probably you.  The Australian dude was just an ass.  He wondered around by himself, he was always in the way taking pictures, you get the idea.  He was bent down taking yet another picture in front of Emily (she is our camera woman) when a juvenile walked right passed him.  Did he get up and move out of the way?  No.  So the gorilla shoved him right over.  And deservedly so.﻿ 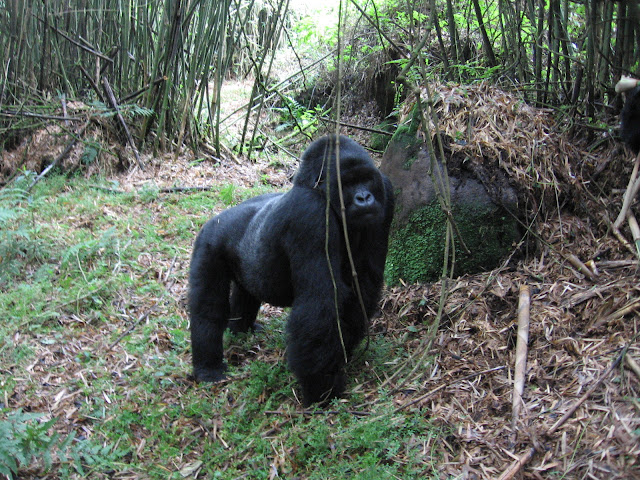 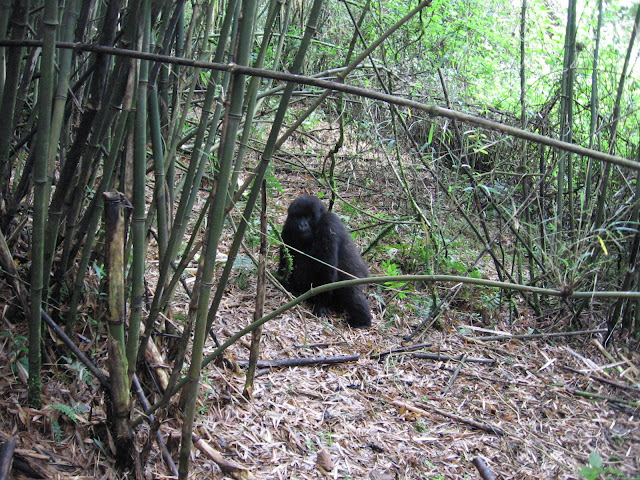 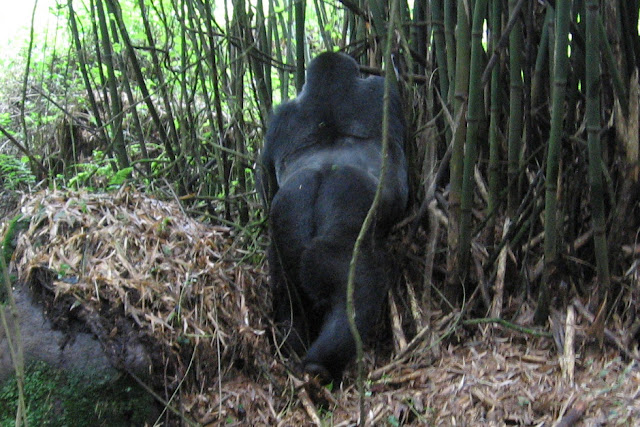 And then we were done.  The permits are $750 USD - worth every penny - and must be reserved well in advance.  If I had to do it again I would of  done it the following day.  But, this was it and Thursday we were off to find Golden Monkeys.
﻿
Posted by Blue Booby at 4:07 AM