Well, I have some clothing reviews to do but I am just not "in the mood".  I have been nesting in my boredom and depression.  I have gutted Tyler's room - I know, but after he left it looked awful.  It will now be my craft/sewing/reflection/hide from my husband room.  One of my projects for this room is getting black and white photos of all past and present babies I have loved and have loved me.  I thought I would share them with you with a bit of background. 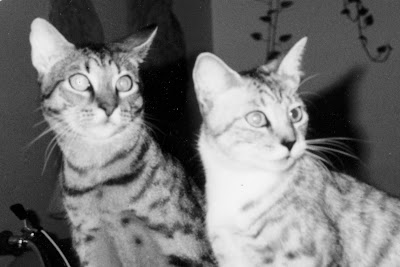 My first baby was Mr. Tibbs, on the left.  He belonged to a coworker of Hunter's and was terrorizing their Chihuahua.  After two weeks, they wanted him back.  I was not happy and let them know by giving them the silent treatment when they came to pick him up.  They left empty handed.  Believe it or not I used to try and walk him on a leash.  He lived with us for 17 years.

We then got Samantha as a play friend for Tibbs.  We went to the pound and she was next in line to be nuked.  Sweet, sweet cat.  When we moved into our present house 13 yrs ago, she spent one night and we never saw her again. 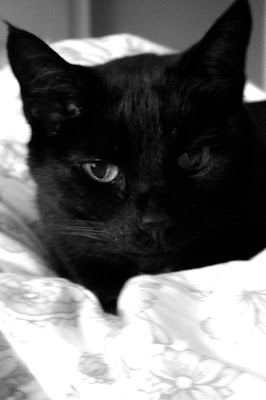 Moe joined our family when Tyler was 8 months old.  His mother got ran over and my husbands coworkers divvied up the kittens.  I actually had animal control called on him because he was killing too many of our neighbors birds at her feeder.  Later in life he became blind and would use ecolocation to get around the house.  He passed last year. 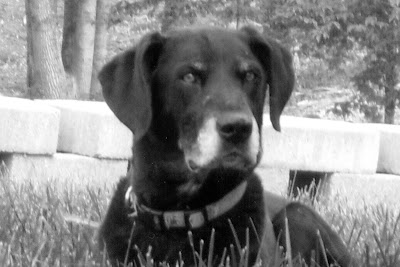 Cassie was our first family pet.  The kids picked her.  We picked her up as a pup from the pound when Tyler was 6 and Emily 4.  She was part lab part dalmatian.  Best disposition for a young family. Gentle. She passed several years ago. 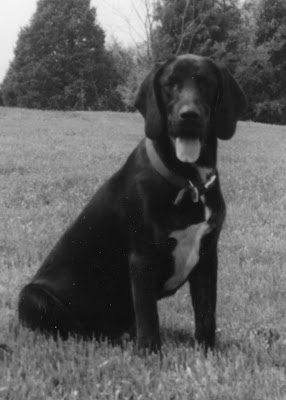 Jake...Jakester.  Just a fun, silly hound dog.  When we were building our present house he would come around and visit.  He had a choke collar, worms, and what looked like a broken foot.  He turned out to be the first dog we "stole".  After we moved in, his owner came by and asked for $100.  Worked for me. We had him for two years and he up and disappeared.  Believe some one stole him from us! 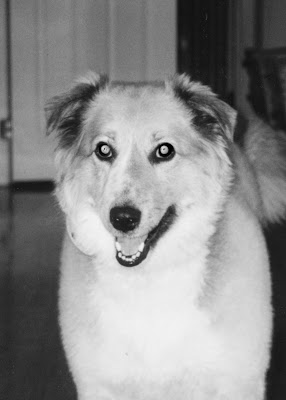 Lassie Lou (aka Barrett).  We were building houses and this beautiful collie would show up every day. When it was time to leave our foreman asked if we would take her home.  Now, I was told she was a stray.  Imagine my surprise when a girlfriend, who lived in the area we had built, saw signs for a missing dog that looked just like Lassie Lou but whose name was Barrett.  We are awful, I know, but spay your dog, do not let it roam freely, and give it love and attention.  She was my constant companion.  Unfortunately she started having seizures and had some medical issues a few years after she came to live with us. 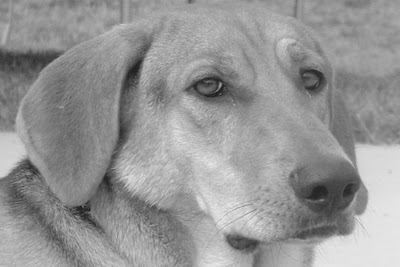 Minnie.  She was our foreman's dog.  When he went to jail...long story...he asked us to take her.  She morned him for quite awhile and is now loyal only to me.  She is MY dog.  Wherever I go, she goes.  Except if it in between the hours of 1 and 4 PM that is her nap time. 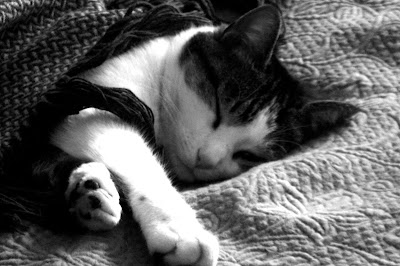 Cricket...also known as evil kitty.  This is Emily's baby.  I am trying to be her foster mom.  She is at the stage where she really wants nothing to do with me except every morning for food and twice a week for love.  Sounds like a teenager.  No small rodent is safe but at least she didn't bring in a live squirrel like Tibbs once did.  She has quite a purr. 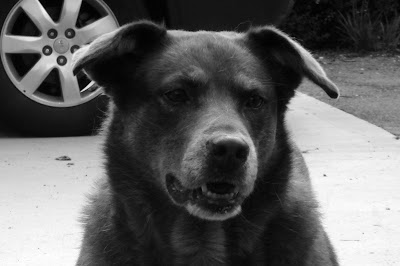 Maggie.  Another stolen dog.  This time she had had puppies, had buckshot in her, had three types of worms.  Sigh.  She desperately wanted to be part of our family.  We tried to run her off but she was persistent.  One morning at 6 AM we got a knock on our door.  Man said we stole his dog and Maggie was gone.  Next morning, Maggie was back and have never seen the man again.  She is a very smart dog. 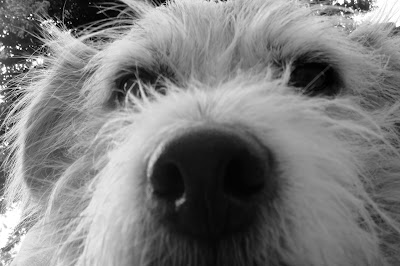 Peanut.  What can I about my boyfriend?  Loves to be outside.  If he sits by you plan on rubbing him constantly or you'll get stared down.  Just makes you happy to watch him.  Very protective.  And yes...another stolen dog from the area.

I am sure I will always have animals.  Although losing them is always hard, the joy and love I have received from them I would not give up.  I believe we made their lives so much better and they did the same for us.