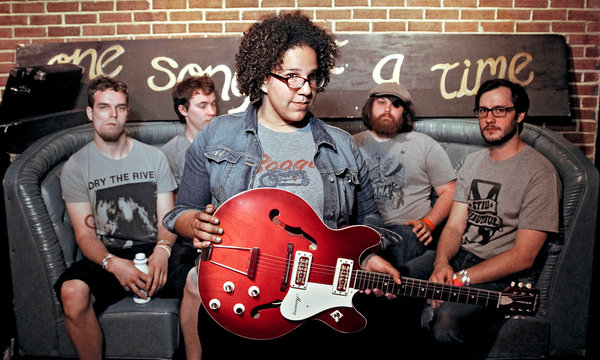 Alabama Shakes is an Alabama soulful rock band and so much more.  They received nominations for the 2013 Grammy Awards for Best New Artist, Best Rock Performance, and Best Recording Package.  Their album Boys & Girls is one of my favorites...every song is fantastic.

I'm not the best guitar player but I'll certainly play it like I mean it.

Retro soul is not what we're going for though it's understandable why people say it.  We take inspiration from that, but we all understand Black Sabbath, too.  On the record, we left a lot of room for whatever we want to do in the future.