Yes, I actually got something accomplished recently.

After going to three different stores, workin' hard, I found RIT Dye.  But of course they were out of navy (damn it) so I did a quick pick between shit brown and dark green.

My blouse with the mystery stains. 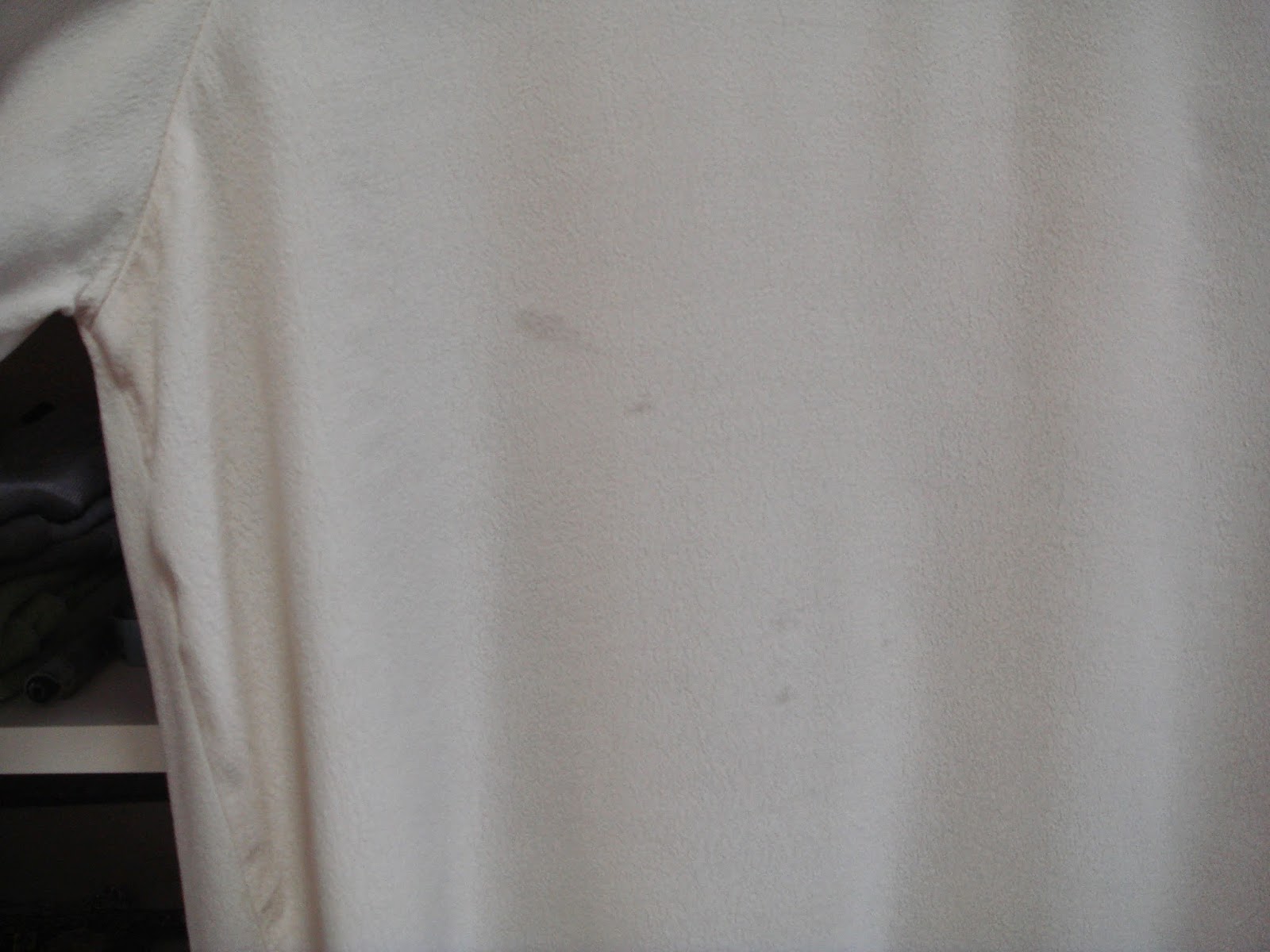 For those that may do this, TIP...put gloves on before you open the packet.
I decided to do the stock pot method. 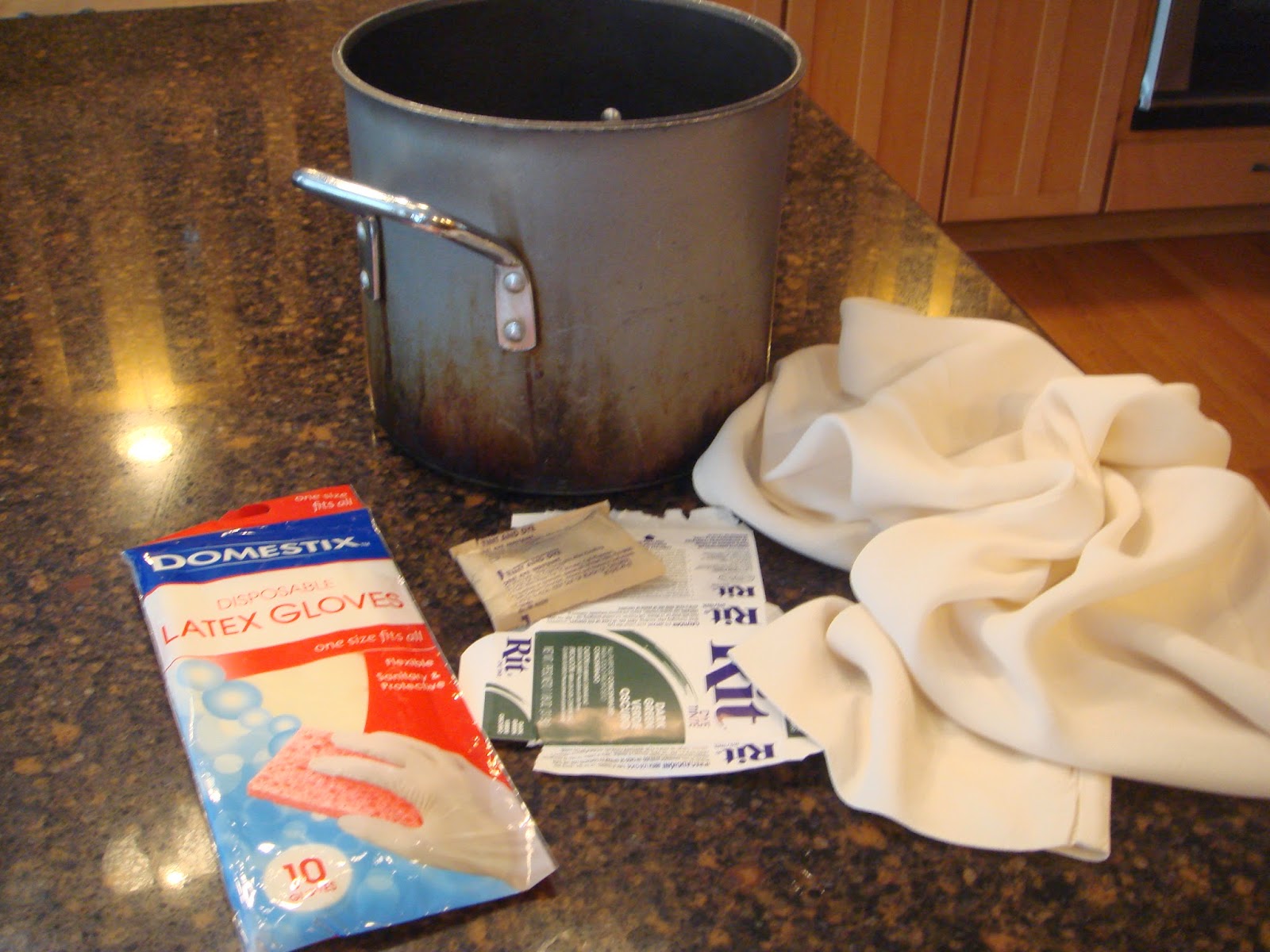 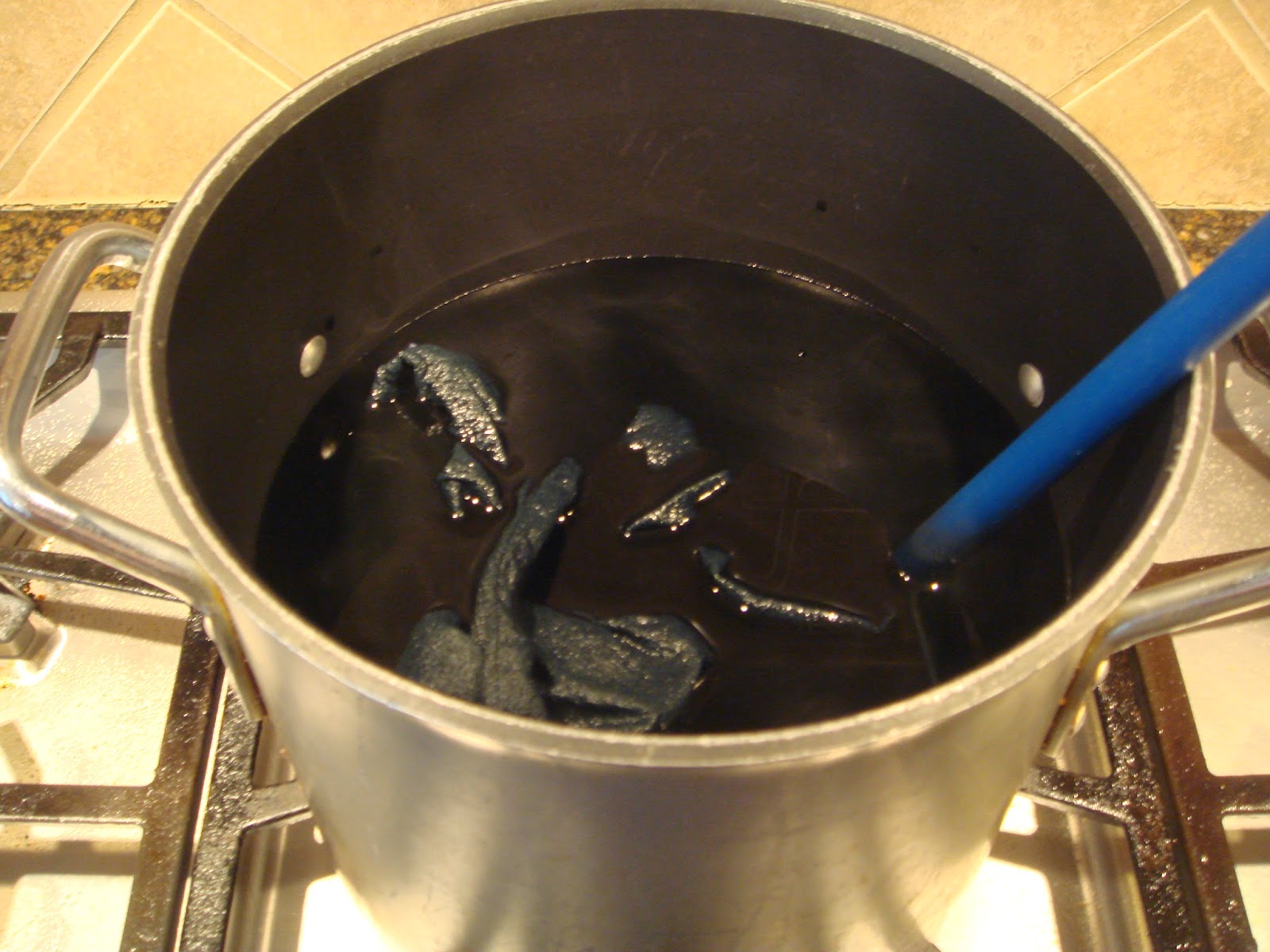 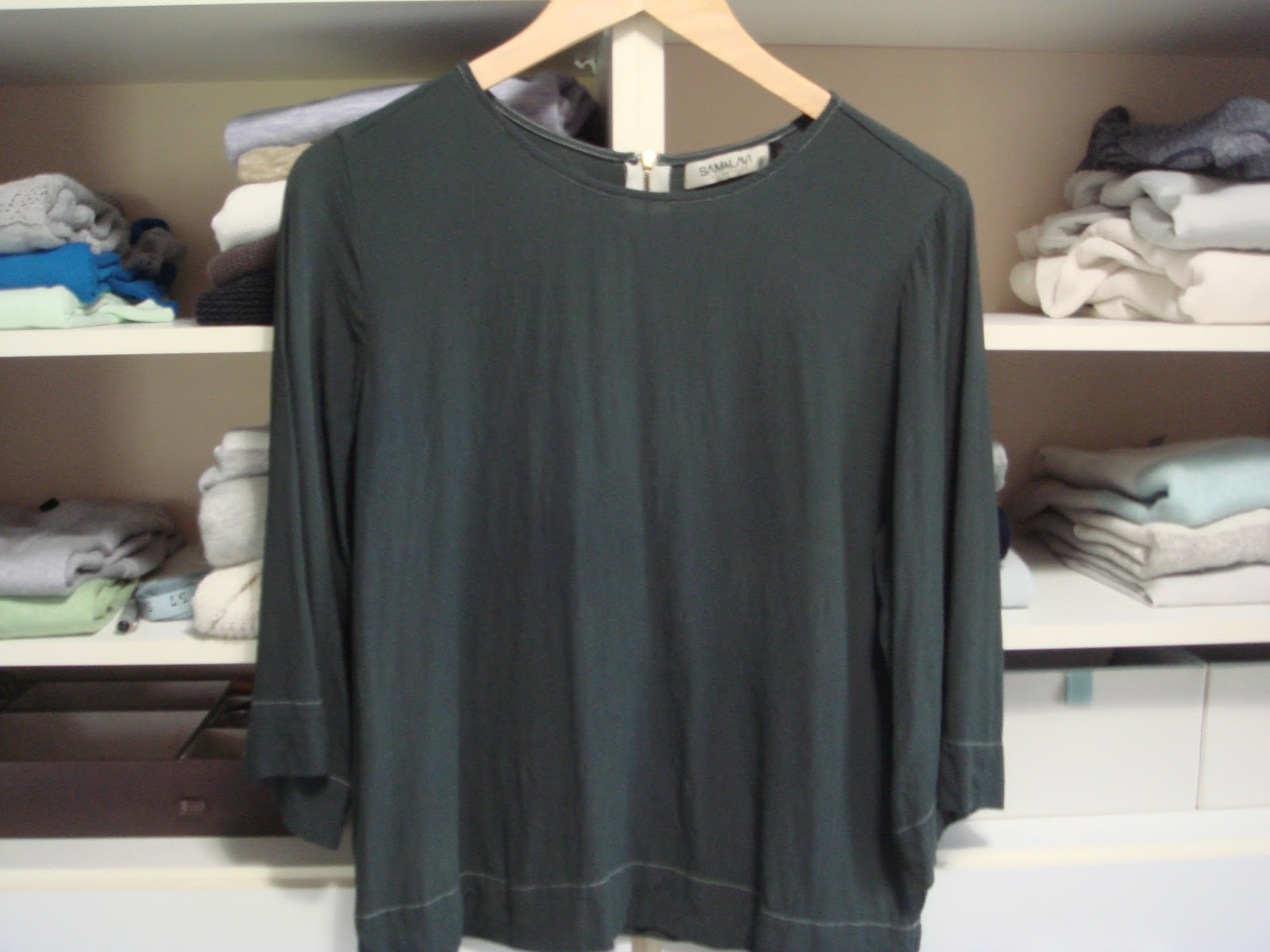 it came out a nice shade of dark green.  Dyed the blouse but not the thread. 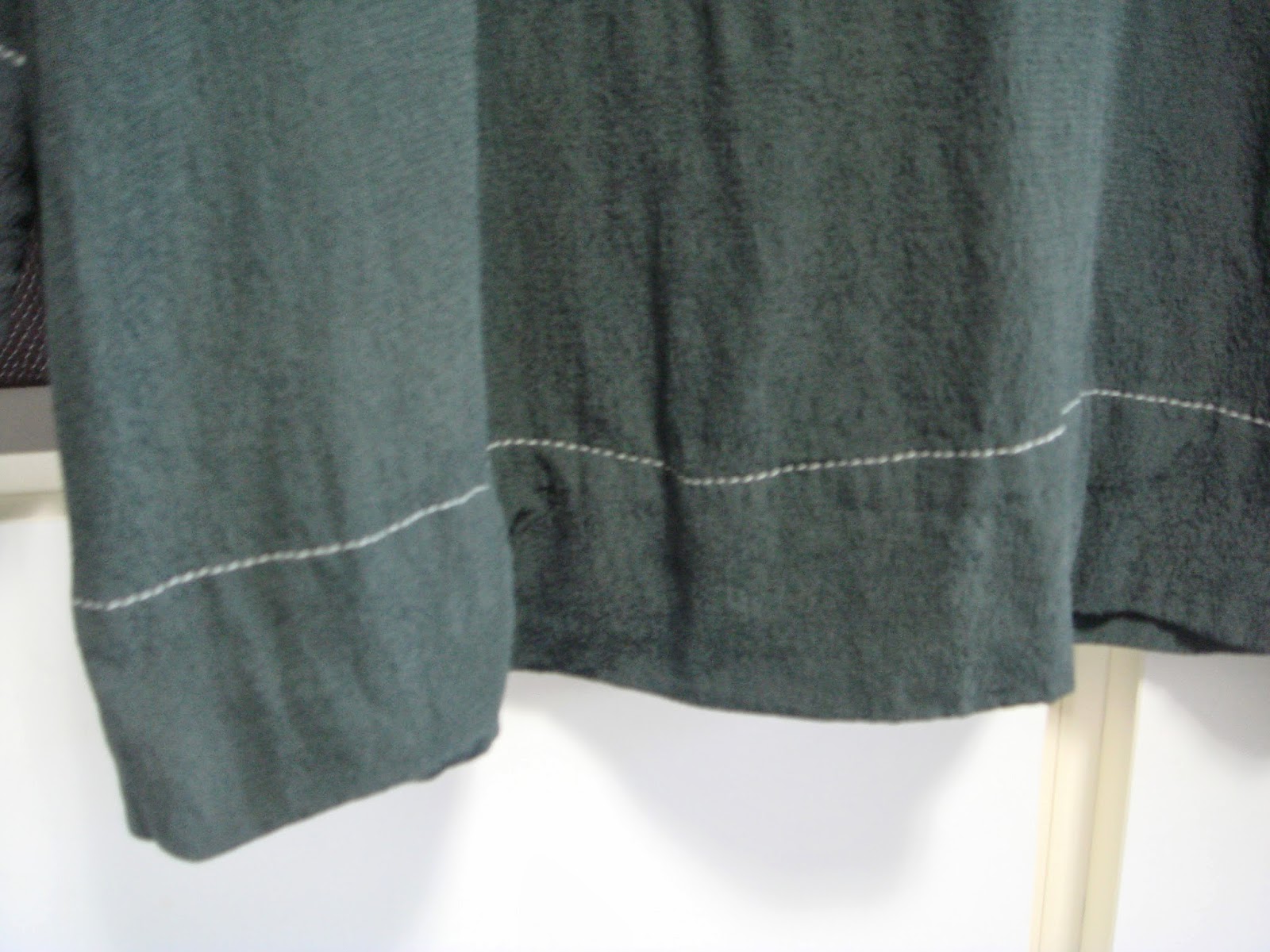 Or the zipper.  Bit disappointed in that, but I'll never see it when I have it on.  I did remove the thread and tag by the zip. 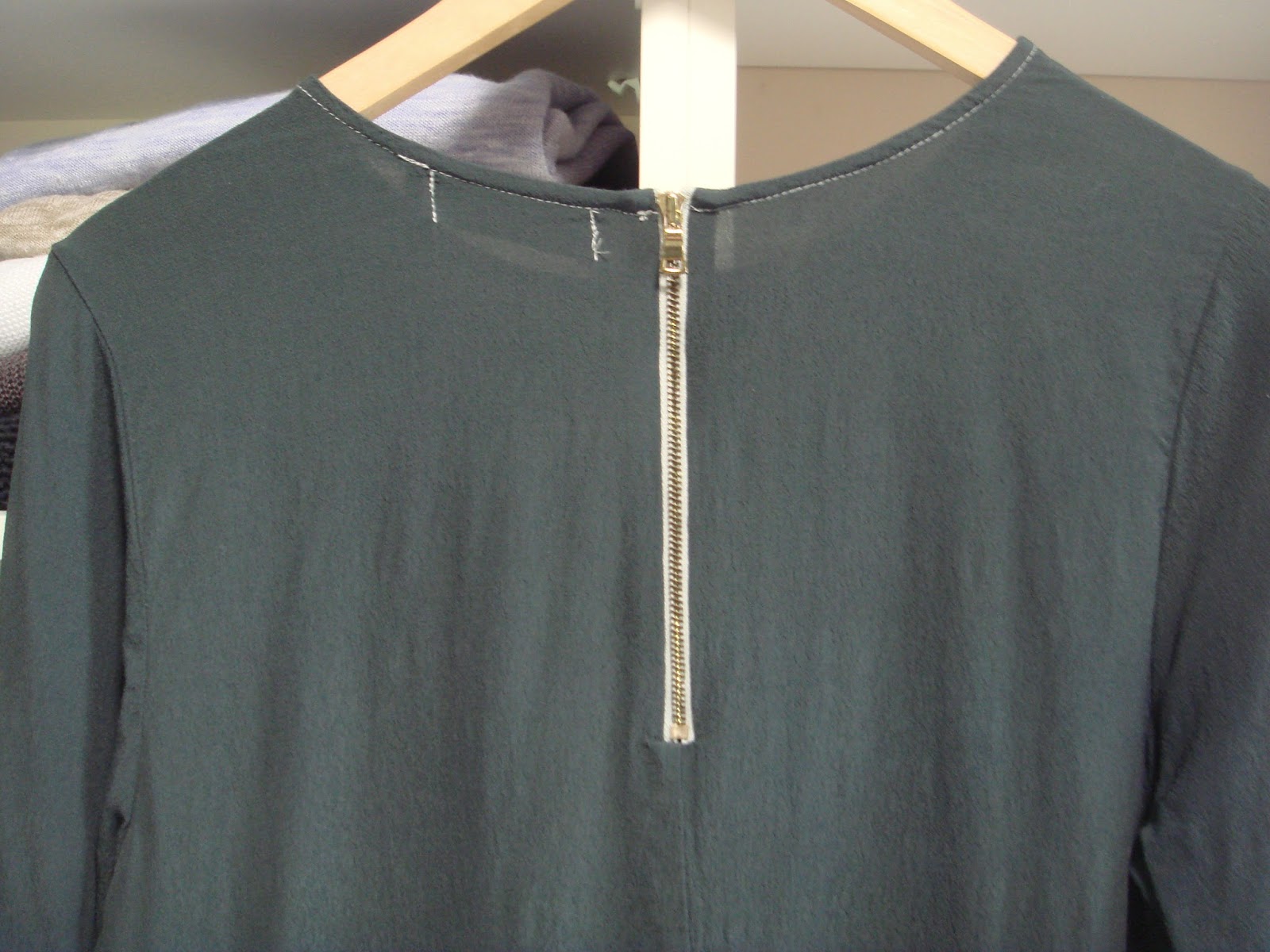 Finished project.  Not sure what that is above my right boob but it came out perfectly.
And I was just going to throw it away.  Pat on the back for me.  Now I do not have to even wear a cami underneath. 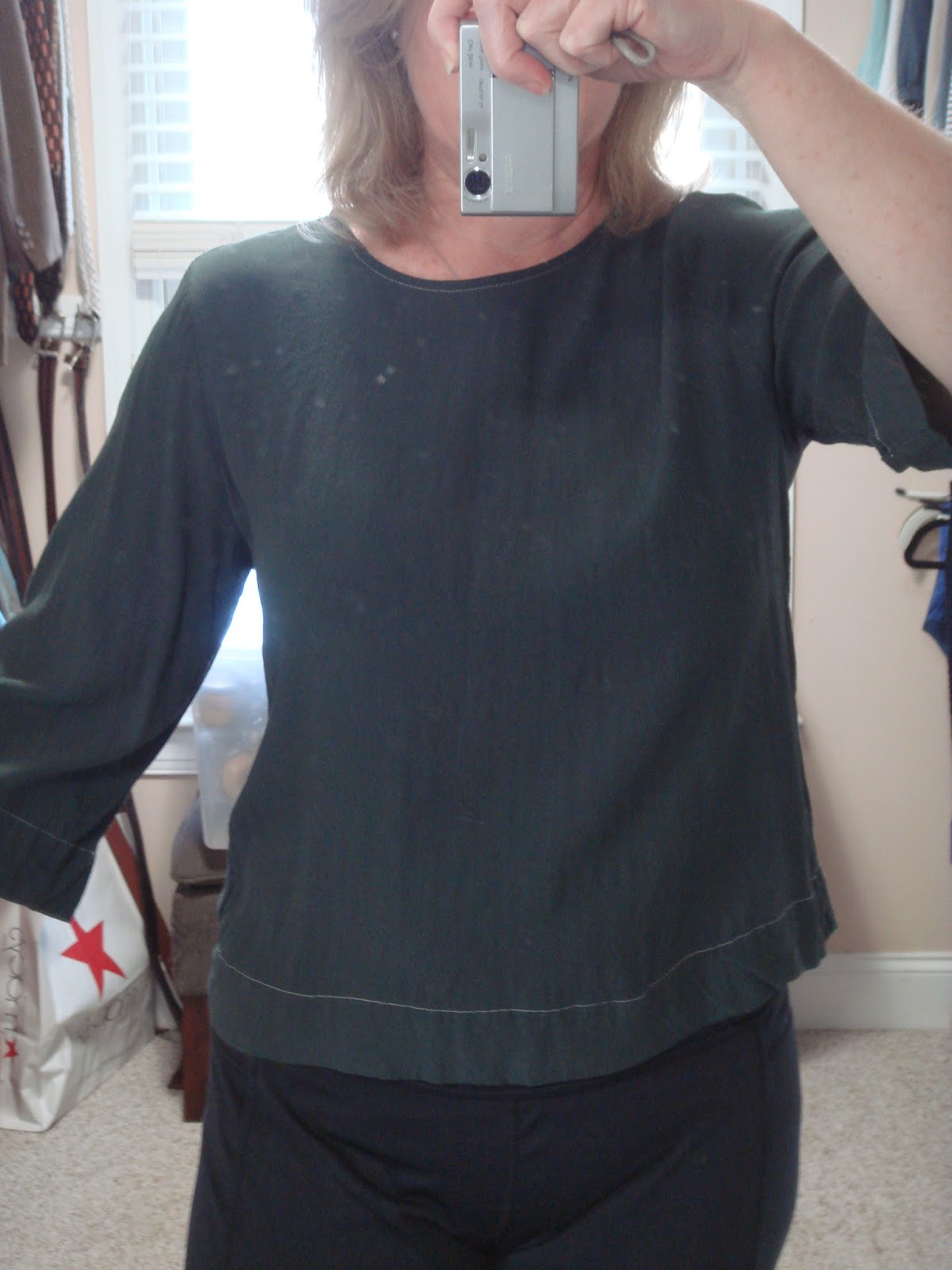 And now since I am channelling Martha Stewart...

If your tulips are starting to wane, gently fold back the petals and you'll get a bit more time with them.  See below: 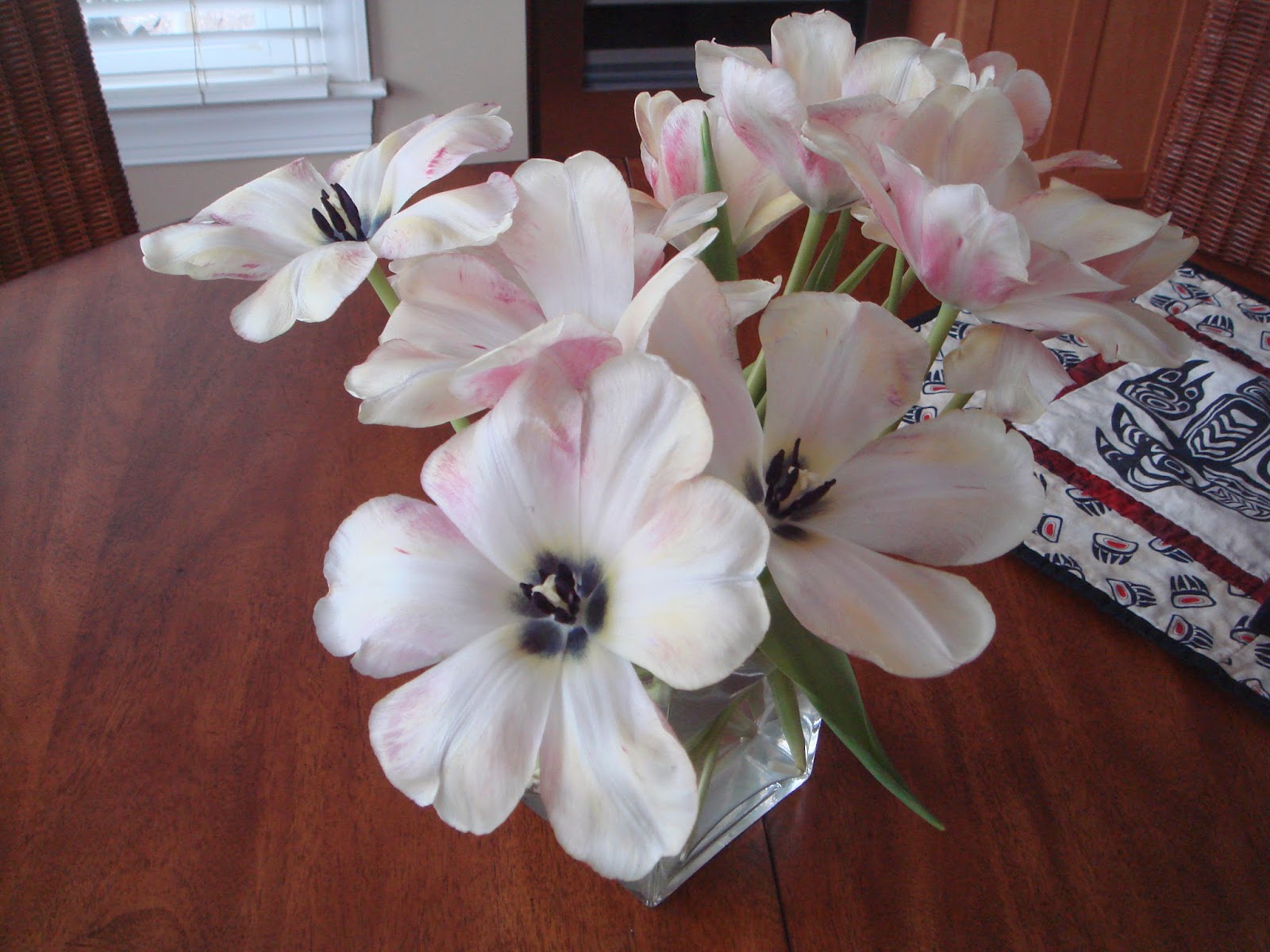 I am stuck inside this week end...it's suppose to rain anyways...because I just had my face burned this morning.  Something called Photodynamic Therapy.  It's to help get rid of AK's (Actinic Kerotosis).  I have also treated my hands and forearms with some kind of cream.  They look like they have been repeatedly dragged on asphalt.  I have been told my face will not be nearly as bad and healed in a week.  I sure hope so.  So, since my week end will suck, hope you have a great one!  Off to kill the pain with some wine.
Posted by Blue Booby at 1:39 PM